You are here: Home / Asterisk

Asterisk is the most popular and widely adopted open source PBX software that forms the core of modern Hosted PBX VOIP telecommunication systems. It is a powerful platform that can run on a VPS server and form the base of IP based communication.

Many VOIP providers operate upon Asterisk to provide Hosted PBX VOIP services to customers across the globe. No additional hardware is required by the user to implement an Asterisk based IP PBX System. Various editions of the software are available that are installed on VPS servers. By utilizing a user friendly GUI Asterisk can be operated upon and customized as per the user’s will.

To make VOIP calls you don’t have to go out and buy yourself a whole new IP phone. Your old analog phone can be as good as ever by connecting it to an ATA (Analog Telephone Adaptor). Computer to computer calls are usually free through VOIP and one of the easiest means of communication. But one cannot ignore the PBX functionalities that are crucial for business communication. Thus, VOIP and PBX clubbed to create a revolutionary telecommunication system known as Hosted PBX. Basically what happens is that VOIP technology takes analog speech signals and converts them into digital signals that can be transferred over internet rather than traditional telephone wires.

The protocols that Asterisk runs on are H.323, SIP (Session Initiation Protocol) and MGCP (Media Gateway Control Protocol). It acts as a gateway between VOIP and PSTN. Over the years Asterisk has had a few major releases having significant changes and improvements over one another. On the whole, the Hosted PBX VOIP Systems have deployed and advanced in terms of features and capabilities of the business phone system such as adding web based video conferences, integration of fax with email, unified communications and many others.

Such a remote server hosting makes it convenient for the users to configure the system from a local desktop or laptop using a secure online access. No hardware investment is needed at the user end. Just a device for making and receiving calls and a reliable internet connection suffices. The user can either make calls through IP phones, regular analog phones or through soft phone.

Since the bandwidth allocated is limited, to optimize the use of the Hosted PBX VOIP System, the service providers use compression techniques and voice prioritization that not only maintains the quality of voice but also ensures efficient use of bandwidth.

Today, the market is flooded with a number of Asterisk based easy to manage and configure GUIs that are based on C++, Java and C#. The VOIP market has grown enormously and has captured the lion’s share of the telecommunication market. Many Asterisk based open source PBX software and GUI have come up supporting competent VOIP and PBX capabilities to accomplish enterprise class communication for a trivial amount.

By utilizing Asterisk a Hosted PBX VOIP company can benefit its users with a wealth of features and unmatched capabilities to skyrocket their communication experience. Asterisk has opened up a world of opportunities to cash on for the Hosted PBX Service Providers for a lofty period of time. 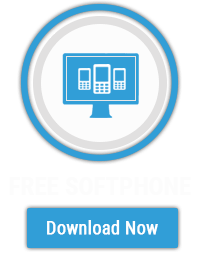 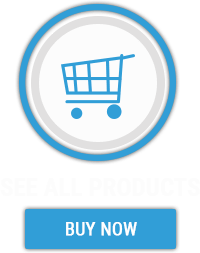