Sound is accepted as the best form of expressions among humans. The crux of human communication is vocal expression, and telephone is one of the mostly used mean of communication. Today, any kind/ form of transformation in functionality of telephones are watched discreetly. The advancements in telephone and internet have given arrival to VoIP telephony. 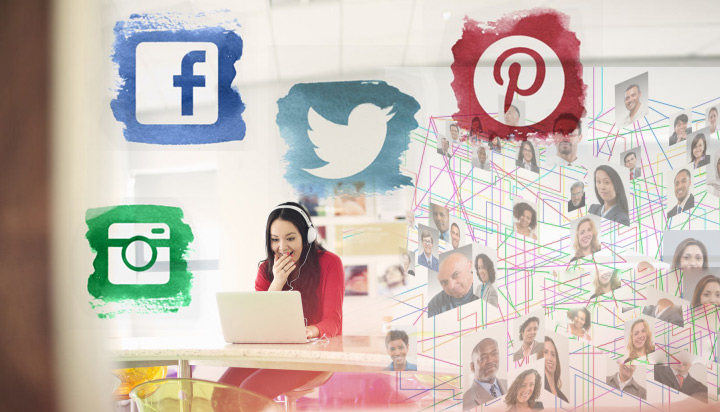 Voice over Internet Protocol (VoIP) is gripping social networking to a significant extent. Few years ago, the launch of mobile VoIP services gave users a substitute for international calling. Simultaneously, millions of users were embracing a specific blue-themed social media network. Over a billion users are counting on Facebook to expand their network. The technological conduits of evolving social networking media have enabled corporate pages, promotional launches and marketing campaigns to reach the potential clients and customers.

Taking in its lap, near about million users have been covered under the Google+ while several other platforms like Instagram, LinkedIn, Pinterest, Twitter and YouTube are increasingly becoming more popular. Recently, with a more polished and refined design – MySpace has made an astounding comeback.

LinkedIn, Twitter, Facebook and others have embraced the third-party developer’s network as a vital platform for innovation. These companies are able to expand their customer base by routing software companies and developers to develop apps on social networking platforms. Similar strategies shall be adopted to enhance the progress of VoIP-enabled social networking.

Let’s check out offerings of new paradigm Mobile and Social:

What is the current status of VoIP-based social messaging and networking platforms?

The advent of Mobile-VoIP Apps – offer customizable and innovative user experiences distinct to mobile, and outshine when taking the benefit of platforms diverse advantages. Stalwarts of social networking can successfully beat this challenge.

While social media is a great way to reach out to your friends, family or customers, using VoIP technology and its services is also a cost-effective mean to handle fast and efficient communication.

How VoIP Can Make a Difference to Present Education System? Scroll to top