VoLTE, which stands for Voice over Long Term Evolution, is a standard for connecting voice calls on data terminals. In the simpler interpretation, VoLTE can be described as the facility that connects voice call using the 4G network and still keeps other internet-based services active. Earlier, when the voice call was established, internet services dropped to 3G network.

VoLTE has arrived quite recently to the consumer market openly in some economies (such as India) and the buzz about it can be sensed already over the globe. There are several positive reasons for that buzz. Here are some of the features that VoLTE facilitates:

As the data exchange speed over the VoLTE is way faster than other existing networks, the quality is bound to be better. Modern exchange solutions rely on the packet-based transmission even for voice calls and VoLTE ensures that the transmission is consistent, extremely fast, and lossless. All this leads to an improved call quality.

As the voice calls remain active along with the other internet-based services, the user can multitask without any disruption using VoLTE. VoLTE allows multimedia operations to work simultaneously with the voice calls to enable the services, such as – IM, surfing, app operations, etc. So being on voice call does not hinder your performance.

As the voice calls are made over VoLTE use data connection, there is no requirement for a dedicated voice call plans. Same goes for the text messages (or SMSes) as well. So, this cuts down the overall bill for the user in a big way.

Traditionally, tracking the consumption of a usual phone bill required different calculations of calls, messages, and data. VoLTE consumes only the data and hence, the tracking these consumption’s or calculating the bills turns simple and easy.

Applications and Benefits of VoLTE for Businesses

VoLTE has striking differences with its modus operandi compared to other mediums, which powers it up to overcome the limitations that existed earlier. It delivers a number of benefits for the users as well as business needs. This infographic details the advantages that VoLTE offers for the businesses. 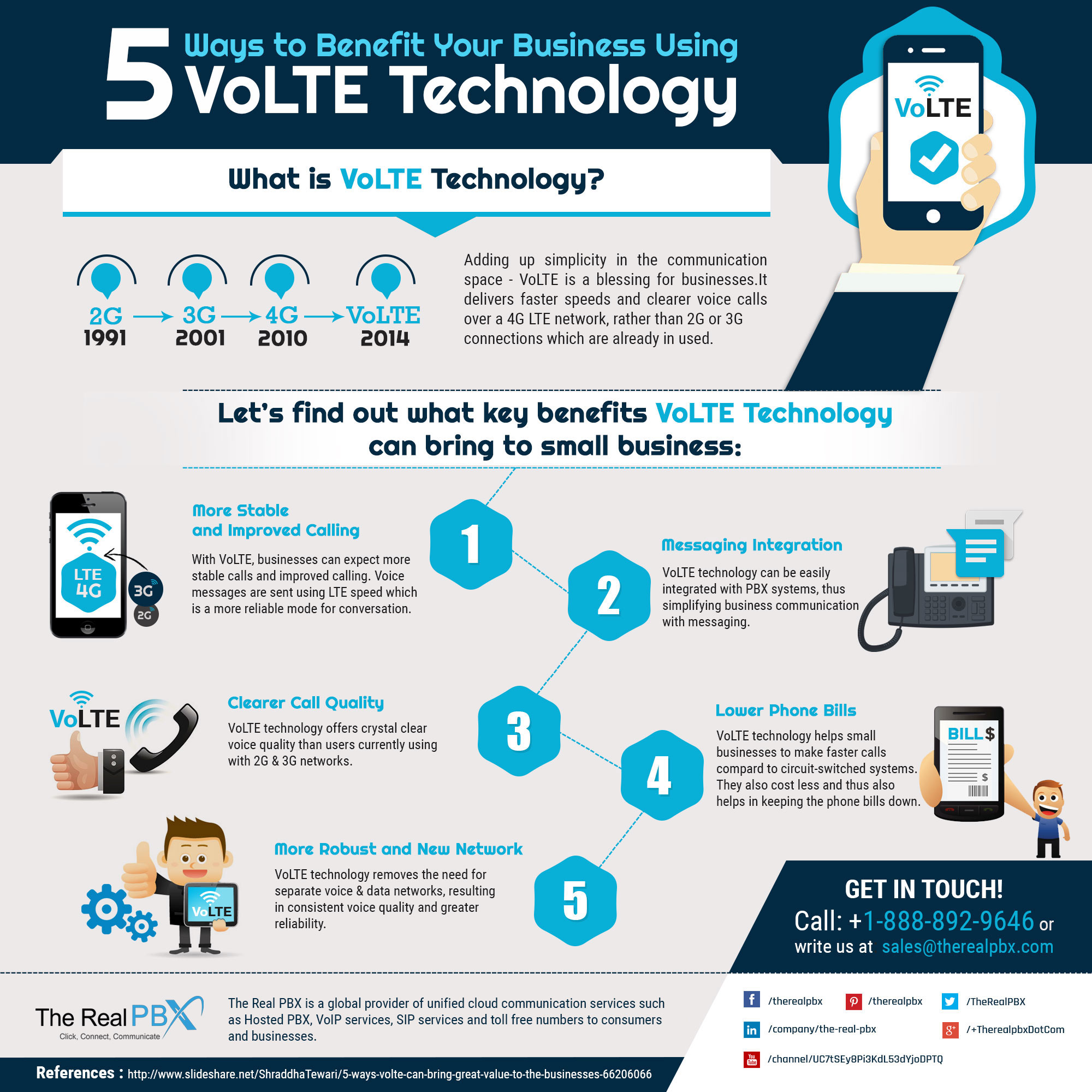